DOCE PARES ESKRIMA, IS A FILIPINO MARTIAL ART THAT FOCUSES PRIMARILY ON STICK FIGHTING BUT ALSO INCORPORATES OTHER WEAPONS AND EMPTY-HAND COMBAT.

Weapons training at its finest! You’ll gain an advantage against a bigger stronger opponent. Our multi-style system arms you with stick and knife techniques that could save your life.

This training is fast, it's fun and it develops blazing hand speed, coordination and focus. 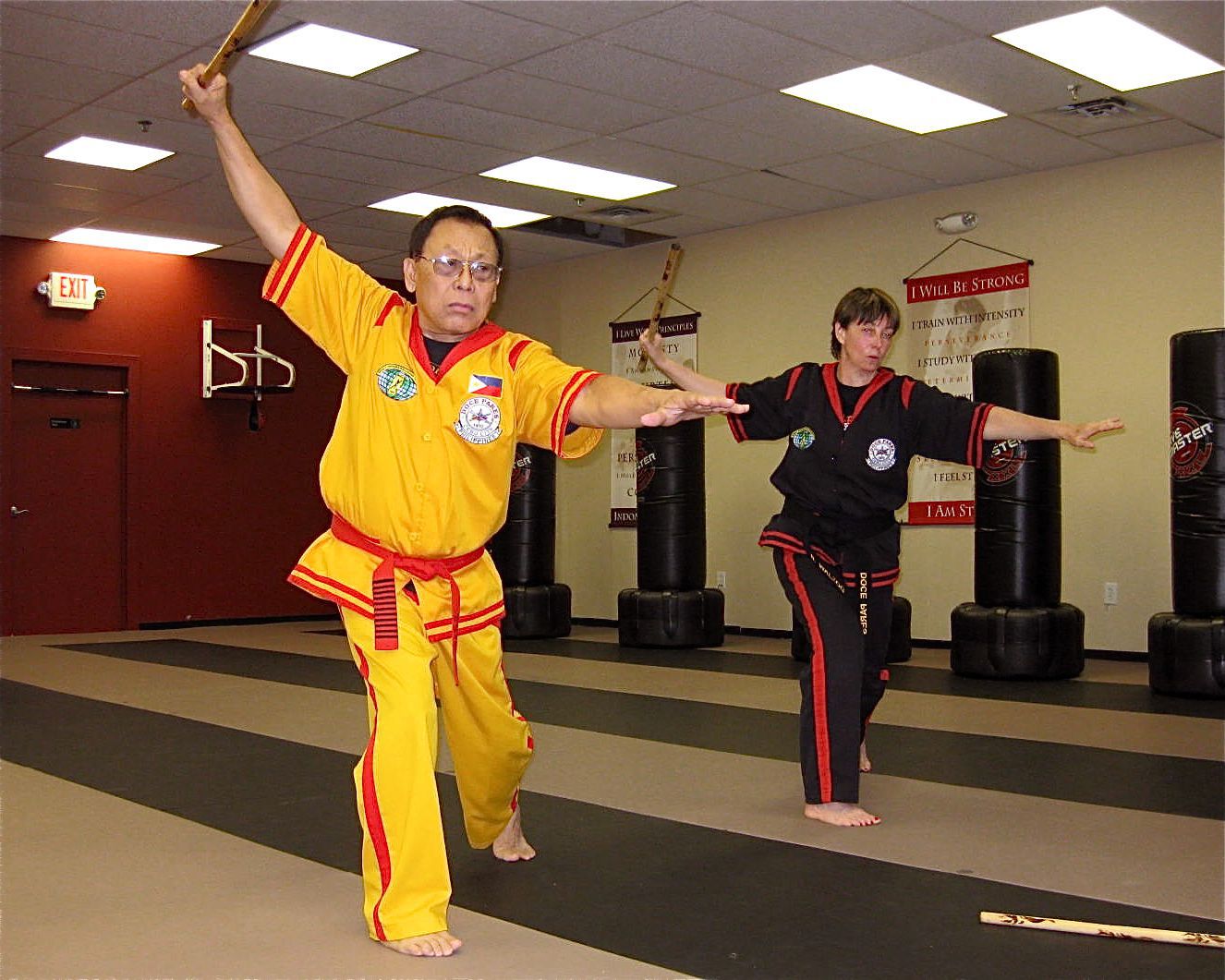